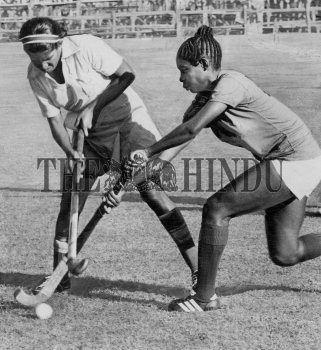 Caption : Odum, the Nigerian forward (right) is being checked by a Sri Lankan defender in the Women's International Hockey tournament held at the Egmore Stadium in Madras on December 31, 1975. Nigeria won 1-0. (Published in The Hindu on January 01, 1976) PHOTO: THE HINDU ARCHIVES