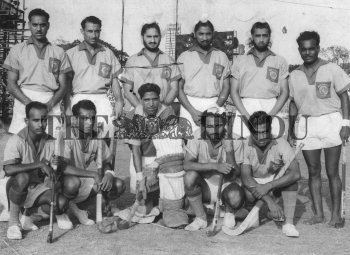 Caption : The Indian team which won the third Hockey test match against Kenya at Madras on April 19, 1964. India won 1-0. (Published in Sport And Pastime on April 21, 1964) PHOTO: THE HINDU ARCHIVES