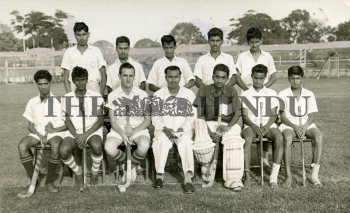 Caption : The Mysore hockey team which won the All India Schools National Hockey Championship held at Madras on October 26, 1958. They defeated Bhopal in the final. PHOTO: THE HINDU ARCHIVES