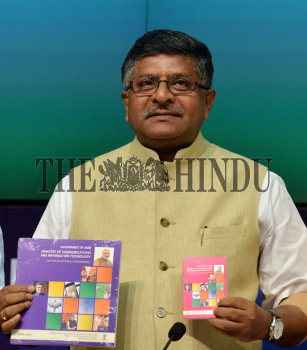 Caption : NEW DELHI, 02/06/2015: Communication and IT Minister Ravi Shankar Prasad releasing a booklet on the completion of one year of NDA Government, during a press conference, in New Delhi on June 02, 2015. Photo: R.V. Moorthy