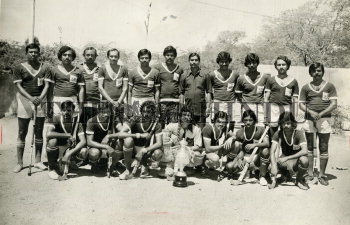 Caption : The Southern Railway Sports Association, Madras hockey team which won the State Tournament for the Janaki Ammal Memorial Trophy at Sivakasi, conducted by the Sivakasi Town Hockey Club, beating Indian Overseas Bank in the finals on September 28, 1980. (Published in The Sportstar on November 01, 1980) PHOTO: THE HINDU ARCHIVES