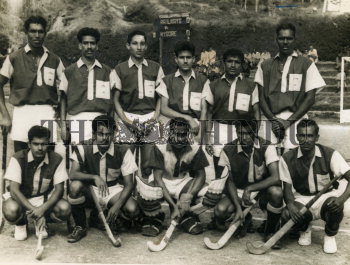 Caption : Group photo of the Mysore team. Mysore team went down by a solitary goal in the final against Railways in National Hockey Championship in Ooty on February 25, 1968. (Published in Sport And Pastime on March 09, 1968) PHOTO: THE HINDU ARCHIVES