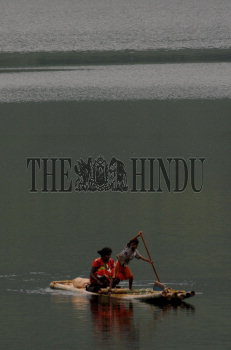 Caption : KERALA, PALAKKAD, 16/05/2015: Boy engaged in fishing in Thunakadavu reservoir in Parambikulam Tiger Reserve in Palakkad district. Population growth rate of children in the State, belonging to the age group of 0-6, is on a negative trend (-8.44 per cent), according to the latest Economic Review 2014 by the State Planning Board. The proportion of child population has decreased from 12-10 per cent across the state. The total child population in the state during 2011 is 34,72,955 as against 37,93,146 during 2001 Census. The report said the highest proportion of child population is in Malappuram district, the lowest is in Pathanamthitta. Photo: K. K. Mustafah