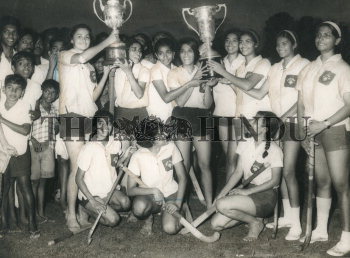 Caption : The Mysore hockey team which won the Lady Ratan Tata Trophy for the Eighth-year in succession in the National Women's hockey championship in Trivandrum on October 18, 1967. PHOTO: THE HINDU ARCHIVES