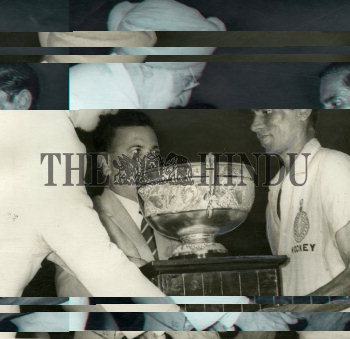 Caption : Sardar Ujjal Singh, the Governor, presenting the Challenge Trophy to Murugesh, captain of the Integral Coach Factory which won the Madras Cricket Club Invitation Hockey Tournament at Chepuak in Madras on July 03, 1969. (Published in The Hindu on July 04, 1969) PHOTO: THE HINDU ARCHIVES