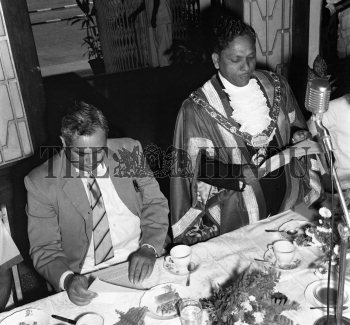 Caption : G. Kucheler, Mayor of Madras, addresses at a civic reception held for the hockey teams that are participating in the National Hockey Championship for the Rangaswami Cup, at the Corporation Stadium in Madras on March 18, 1963. J.D. Nagarwala, Chairman of the Indian Hockey Federation Selection Committee, is also seen. PHOTO: THE HINDU ARCHIVES