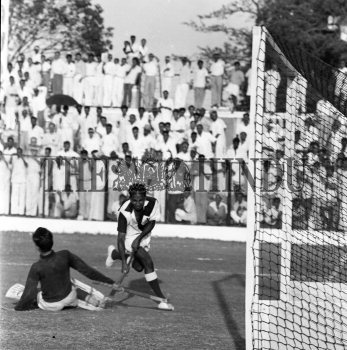 Caption : Susainathan, inside-left of Madras, scoring the third goal for his side against Patiala off a beautiful pass from left-winger Usman Khan (not in picture) during their match in the National Hockey Championship for the Rangaswami Cup at the Corporation Stadium in Madras on March 07, 1963. PHOTO: THE HINDU ARCHIVES