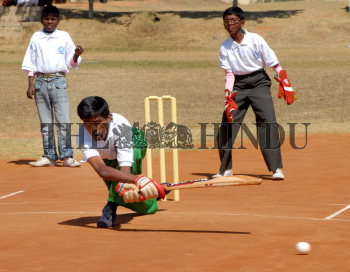 Caption : MYSORE, 11/01/2008: A visually impaired cricket player plays a sweep shot at the state-level cricket tournament for the blind, which began at Maharaja's Grounds in Mysore on January 11, 2008. Photo: M.A. Sriram