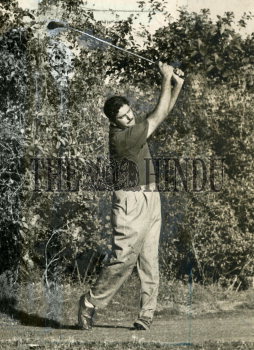 Caption : Photo shows Capt. P.G. Sethi who won the Golf Championship of India beating J. Forman in the final at New Delhi on October 22, 1961. (Published in The Hindu on October 24, 1961) PHOTO: THE HINDU ARCHIVES