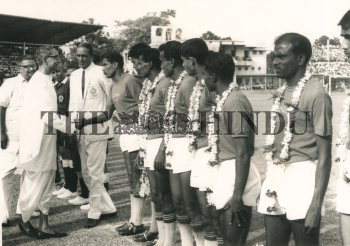 Caption : Mysore team being introduced to the Chief Minister on November 23, 1967 during the National Football Championship for the Santosh Trophy in Calcutta. PHOTO: THE HINDU ARCHIVES