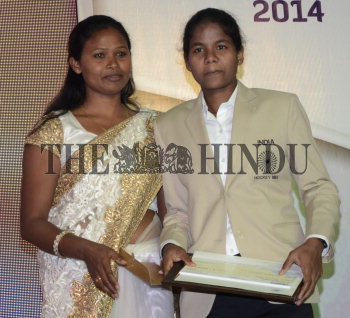 Caption : NEW DELHI, 28/03/2015: The winner of Asunta Lakra award for upcoming player of the year (women-under 21) awarded to Namita Toppo during the Hockey India Annual Awards for the year 2014 in New Delhi March 28, 2015. Photo: Meeta Ahlawat