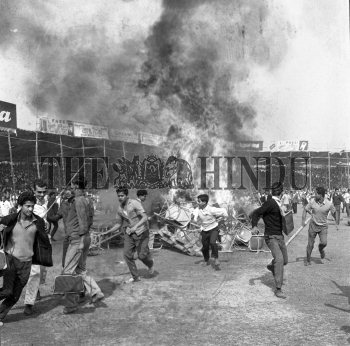 Caption : The second day's play of the second cricket Test match between India and West Indies on January 01, 1967 at Eden Gardens in Calcutta was abandoned following rioting inside the stadium. Picture shows the rowdy elements making a bonfire of the furniture in the galleries. PHOTO: THE HINDU ARCHIVES