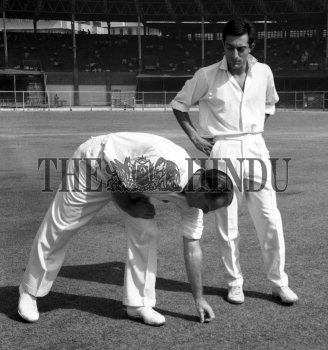 Caption : J.R. Reid, captain of the New Zealand cricket team, picking up the coin after winning the toss as Nawab of Pataudi, Indian captain, looks on, on the first day of the third cricket Test match between India and New Zealand at the Brabourne Stadium in Bombay on March 12, 1965. PHOTO: THE HINDU ARCHIVES