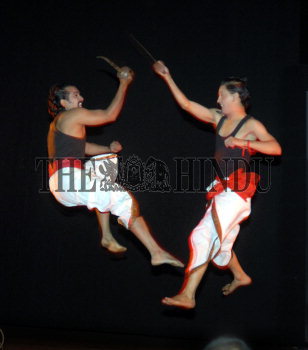 Caption : BANGALORE, 03/01/2008: Kalari Payattu artistes performing as part of the cultural show, at the inauguration of the 2nd BENGALOORU International Film Festival - 2008, at Chowdaiah hall in Bangalore on January 03, 2008. Photo: K. Bhagya Prakash