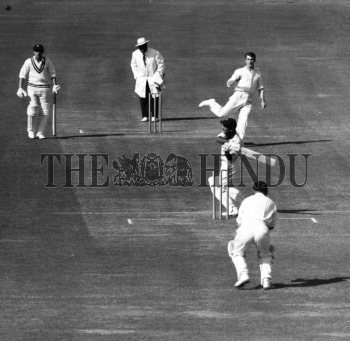 Caption : Indian batsman V.L. MEHRA hooking B.R. Knight for a four on the first day of the fourth cricket Test match against England at the Eden Gardens in Calcutta on December 30, 1961. PHOTO: THE HINDU ARCHIVES