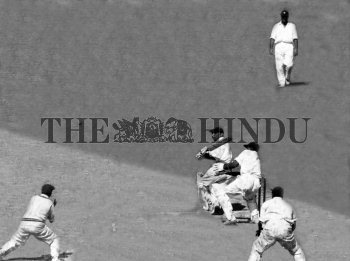 Caption : Indian batsman P.R. Umrigar sweeping to leg during his century knock against Pakistan in the fourth cricket Test match at the Stadium in Madras on January 17, 1961. PHOTO: THE HINDU ARCHIVES