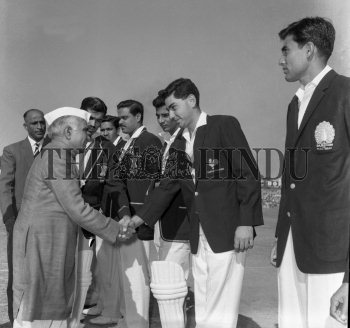 Caption : Dr. B. Ramakrishna Rao, the Governor of Uttar Pradesh, being troduced to N.J. Contractor, skipper of the Indian team, during introduction of teams, on the opening day of the second cricket Test match between India and England at Green Park Ground in Kanpur on December 01, 1961. PHOTO: THE HINDU ARCHIVES