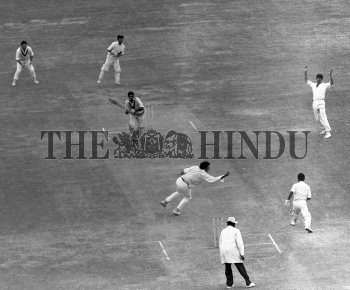 Caption : Indian batsman F.M. Engineer being caught by G.D. MCKENZIE off his own bowling on the fourth day of the fifth cricket Test match against Australia at Chepauk in Madras on December 28, 1969. PHOTO: THE HINDU ARCHIVES