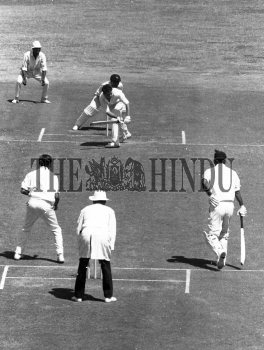 Caption : Bombay batsman A.V. Mankad turning a ball to leg during his knock against Madras on the second day of the Ranji Trophy cricket championship final at the Brabourne Stadium in Bombay on February 17, 1968. PHOTO: THE HINDU ARCHIVES