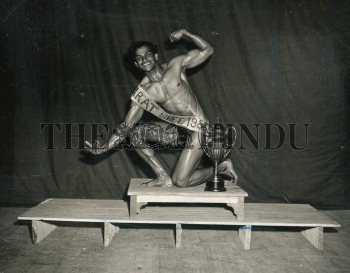 Caption : Janardhana Rao, who won the "Bharat Sree" title in body beauty competition held at Madras, seen with the trophy on March 27, 1955. (Published in The Hindu on March 28, 1955). PHOTO: THE HINDU ARCHIVES