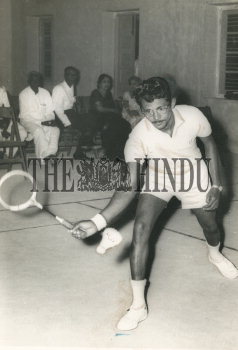 Caption : V.S. Selvaraj, who claimed the singles title, about to toss the shuttle during the Madras State Badminton Association Open Championship on March 12, 1966. PHOTO: THE HINDU ARCHIVES