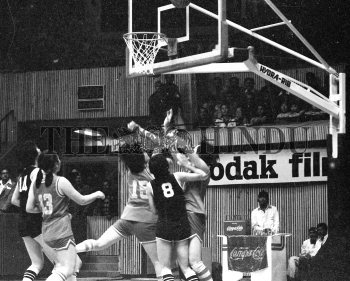 Caption : Players in action during the women's basketball final between China and South Korea in the Asian Games 1982 at the Talkatora Indoor Stadium in New Delhi on December 02, 1982. PHOTO: THE HINDU ARCHIVES