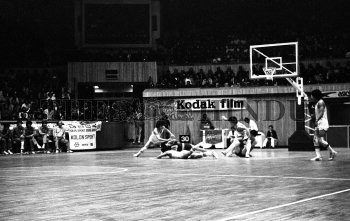 Caption : A scene during the men's basketball final between China and South Korea in the Asian Games 1982 at the Talkatora Indoor Stadium in New Delhi on December 03, 1982. PHOTO: THE HINDU ARCHIVES