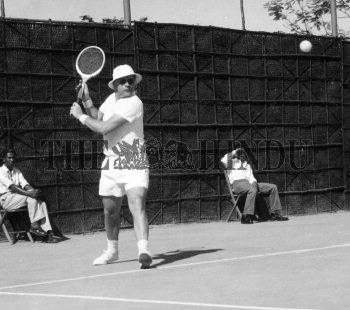 Caption : J. Drobny seen in action against J. ARKINSTALL (not in picture) during the men's singles final of the South India Tennis Championship, which concluded on February 10, 1957, at the Tennis Stadium in Madras. PHOTO: THE HINDU ARCHIVES