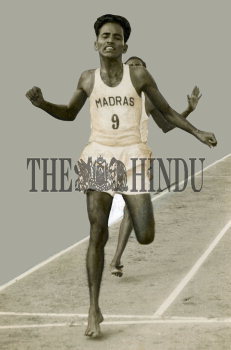 Caption : Ramaswami of Madras State Police seen in action during the 1500m race at the 32nd Madras State Games. (Circa January 10, 1959). PHOTO: THE HINDU ARCHIVES