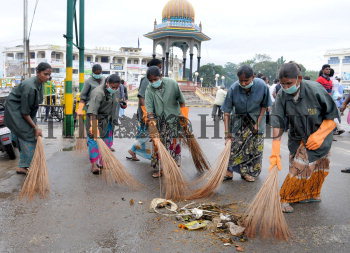 Caption : MYSORE, KARNATAKA, 23/09/2014: A cleanliness drive was organised in Mysore on September 23, 2014 by Mysore City Corporation and Mysore Dasara Subcommittee in the run-up to the festivities. Photo: M.A. Sriram