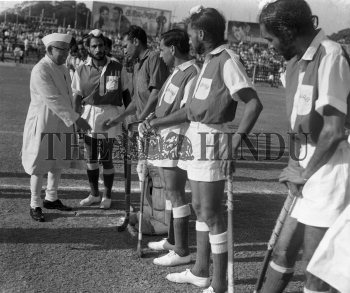 Caption : The Punjab team members being introduced to Mr. Bishnuram Medhi, Governor of Madras, before the start of the semi-final of the National Hockey championship for Rangaswamy Cup at the Corporation Stadium in Madras on March 21, 1963. PHOTO: THE HINDU ARCHIVES