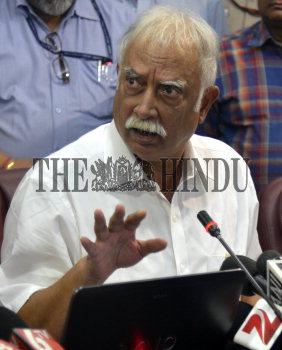 Caption : NEW DELHI, 09/09/2014: Civil Aviation Minister Ashok Gajapathi Raju during an interaction with media on 100 days of achievements of his Ministry during his tenure in New Delhi on September 09, 2014. Photo: Rajeev Bhatt