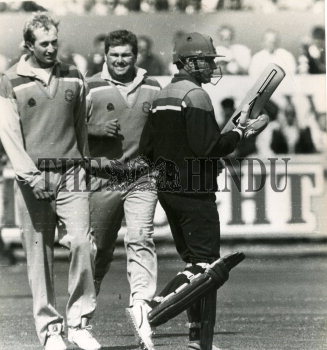 Caption : Indian batsman Sanjay Manjrekar walks back after being caught and bowled by Chris Harris during World Cup match between India and New Zealand at Dunedin, New Zeland on March 12, 1992. PHOTO: THE HINDU ARCHIVES