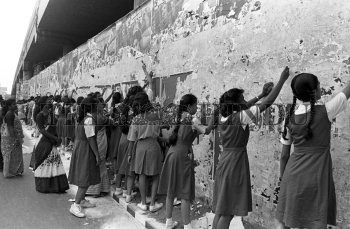 Caption : School girls remove wallposters from the Anna flyover, Madras on June 21, 1992, as part of a campaign launched by Exnora International to beautify the city. PHOTO: THE HINDU ARCHIVES