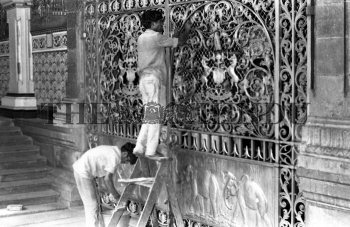 Caption : Mysore Palace precincts is being given a facelift in the run-up to the Dasara which commences from September. (Picture taken during the month of August 1976) PHOTO: THE HINDU ARCHIVES