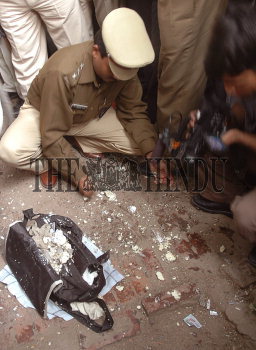 Caption : LUCKNOW, 23/11/2007: A police official collecting evidence from the blast site at the civil court campus in Lucknow on November 23, 2007. Photo: Subir Roy