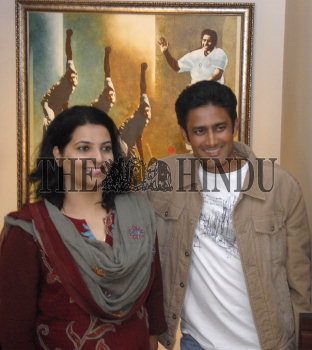 Caption : BANGALORE, 09/11/2007. Indian cricketer Anil Kumble who has named as a captain for the Test maches at his residence in Bangalore on 9th, November 2007. Also seen wife Chetana. Photo: Bhagya Prakash K