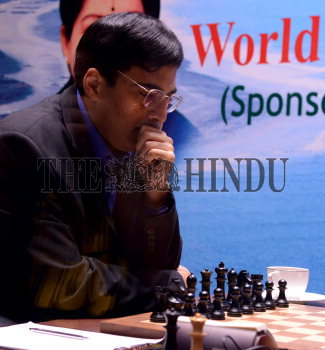 Caption : CHENNAI-- 15-11-2013--- Grand Master Viswanathan Anand of India playing against Magnus Carlsen of Norway during the fifth round of the FIDE World Chess Championship 2013 in Chennai on November 15, 2013. Photo: K_V_Srinivasan