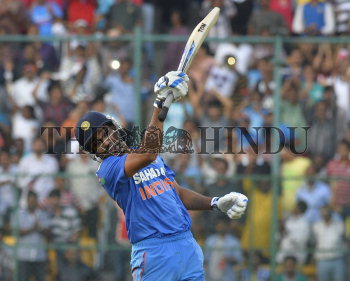 ODI BETWEEN INDIA AND AUSTRALIA

Caption : Bangalore : Karnataka : 02/11/2013. Rohit Sharma of India after scoring his century during the One Day International cricket match between India and Australia at Chinnaswamy Stadium in Bangalore on Noveber 2, 2013. Photo: K. Bhagya Prakash