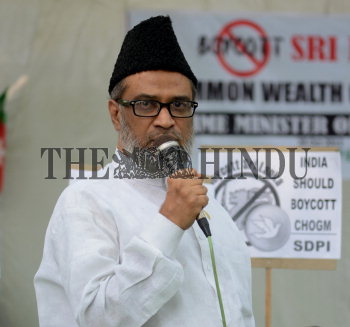 Caption : NEW DELHI, 28/10/2013: Social Democratic Party of India protest against Indian goverenment's participation in the Commonwealth conference to be held in Sri Lanka and called for India to boycott CHOGM meet if it happens in Colombo, in New Delhi on Monday, Oct 28th, 2013. Photo: Meeta Ahlawat