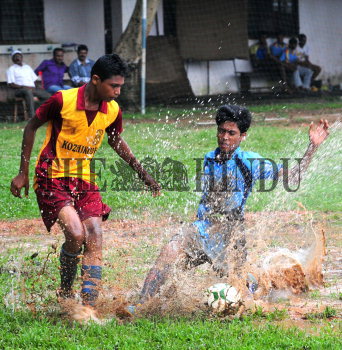 Caption : Kochi, Kerala. 23/10/13 The final of the Kerala State under-13 football championship between Kozhikode and Thrissur was played on a slushy ground in Kochi on October 23, 2013. Thrissur won the title in a tiebreaker. Photo:Vipin Chandran