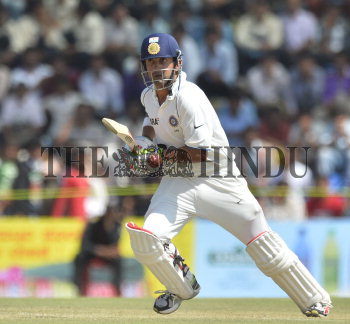 INDIA A VS WEST INDIES A

Caption : HUBLI - KARNATAKA - 10.10.2013: Gautam Gambhir of India A, who scored 123 runs, play a shot during the second day of the Third Four-day cricket match played between India 'A' team and West Indies 'A' team at KSCA Stadium Rajnagar, in Hubli on October 10, 2013. Photo: K. Murali Kumar