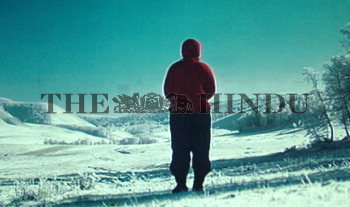 Caption : COIMBATORE, 13/10/2007: Chinese film 'The Road Home' screened by Cinema Club of Coimbatore at Corporation Kalaiarangam in Coimbatore on October 13, 2007 as part of the international film festival. "Wo De Fu Qin Mu Qin" or "The Road Home", directed by Yimou Zhang, is a sweet film about a city man who returns to his native village on the death of his father. There he learns about his father's early life and the romance of his parents. Photo: M. Periasamy