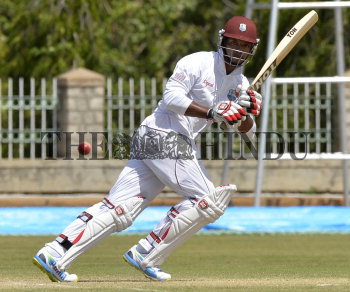 Caption : Karnataka: Kieran Powell of West Indies `A', who scored 68 runs, in action during the four-day cricket match between India 'A' team and West Indies 'A' team at Mysore on September 27, 2013. Photo: V Sreenivasa Murthy