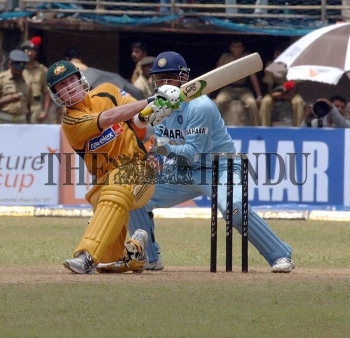 Caption : KOCHI, 02/10/2007: Australian batsman Brad Haddin, who scored an unbeaten 87, executes a shot as Indian wicketkeeper M.S. Dhoni looks on during the second one day international cricket match at the Jawaharlal Nehru Stadium in Kochi on October 02, 2007. Photo: V. Ganesan