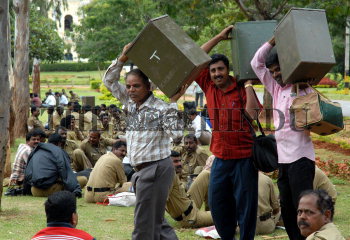 Caption : MYSORE, 27/09/2007: Polling officials leave for their respective booths from Maharani's College in MYSORE on September 27, 2007 ahead of September 28th polling for MCC. Photo: M.A. Sriram