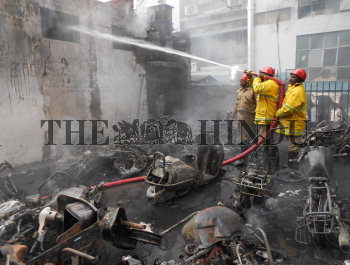 Caption : HYDERABAD, 15-05-2013: Firemen dousing the area after parked motorcycles went up in flames following the fire in the transformer, on Basheerbagh Road in Hyderabad on May 15, 2013. Photo:Asif Yar Khan