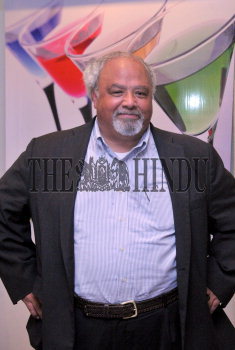 Caption : HYDERABAD.02/05/2013:Eric Goosby, United Statesš Global AIDS Coordinator, Ambassador and also oversees implementation of the U.S. Presidentšs Emergency Plan for AIDS Relief (PEPFAR), as well as U.S. Government engagement with the Global Fund to Fight AIDS, Tuberculosis and Malaria talking to The Hindu in Hyderabad on May 02, 2013. Photo: Mohammed Yousuf