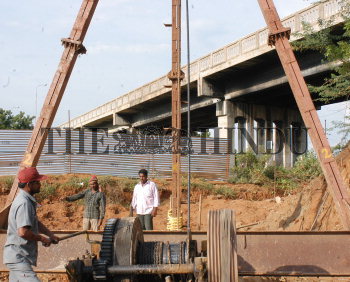 Caption : TIRUCHI:-FOR DAILY:-Work underway on laying the piles for the new road overbridge across the Railway tracks near Golden Rock as part of the four-lane project in Tiruchi on 13th September 2007. Photo: M_Moorthy