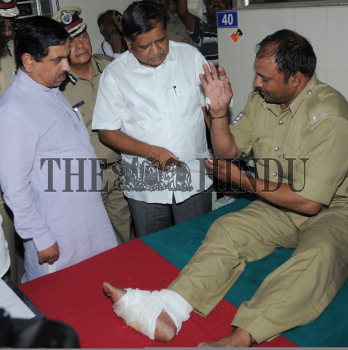 Caption : BANGALORE, 18/04/2013: Concerned: Chief Minister Jagadish Shettar speaks to a policeman, who was injured during the bomb blast at K.C. General Hospital in Bangalore on April 18, 2013. Photo: G.P. Sampath Kumar